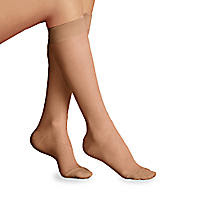 After a few days of 60 degree weather, we're back to snow and ice again. So strange. I was relishing my few days of skirts, and shoes with no socks, and the banishment of the dreaded winter granny sock. Yeah, how hot is that? You know you want those legs.
Now it's all snowy and icy and rainy and bleh. I did make it into the office this morning to have what's becoming a ritual panic attack about how much I didn't get done, and then I left for the trek home in the snow, narrowly missing getting sideswiped by some dumb motherfucker in a SUV who deemed himself invincible. :-(
With the exception of today, though, it's officially the brown season -- that crappy couple of months between the prettiness of the white winter and the beginning of Spring. Honestly, I've been busy but not busy enough to justify not writing. I've just been feeling sort of blah and uninteresting with lots of daily rants about the people that cut me off on the road and people that talk too long on their cell phones and people that move too slow, but you don't really need to hear about that. I save the real, juicy details of my glamarama life for you, dear readers.
What I have been doing:
* I went back to the Whip a few weeks ago for my dad's birthday. I took YG and the MG and we had a good time, but as usual, it seemed too short. The three of us slept in my old room. Me in my bed, YG in Beckshack's and the MG on an air mattress between us. I think that's the first time a boy [that I wasn't married to] has ever been allowed to sleep in the room with me at my parents' house. Woo hoo -- those crazy hippies! It's a slippery slope now. We're all slouching towards Gomorrah from here.
* I saw Dean & Britta at the MFA last week, and it was divine and lovely and swoon-inducing. YG and I were having some wine and appetizers at the cafe, and they both walked in and I didn't think either of them were quite as attractive as I remembered. Attractive, but....weathered. But then they started singing and I was transfixed and convinced it would have been an even better show if we could have all made out. I had no idea that Britta was Jem.
I think it would be really awesome if she just busted out with "Showtime Synergy!" in the middle of a set sometime. Don't even pretend like you don't know what I'm talking about.
* I just finished Fast Food Nation. Shout out to East Hanover for manufacturing the "flavor" of some of this stuff. Helped me understand why people become vegetarians. I think I'm going to have a hard time with hamburgers for a while.
* Work. Still one man down. Still busy. I'm getting more responsibility and I still do like it, but somedays I wonder where I'm going with all this. I had a day earlier in the week with a bunch of nagging shit and it was 60 degrees out and sunny, and I had this very, very, VERY strong urge to win the lottery. I wouldn't quit working. I just wouldn't care so much what people thought of me. And I'd do a lot more clubs and sports and reading and writing because if I got fired for slacking? Suck it, bitches -- I won the lotto! :-)
* Obsessively reading other people's brilliant blogs, rather than working on my own. I absolutely adore Big Fat Deal. And, as always, am a religious reader of Go Fug Yourself, although their warning about the immient arrival of shorts jumpsuits gave me hives.
* And I have some fun stuff coming up in the next few weeks. BB and NN and their respective other halves and spawn will be coming up for a weekend soon; I finally get to see SKB sing; Easter, another visit to the Whip, and MEXICO!