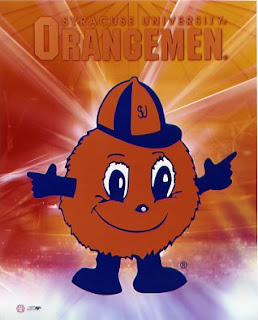 Won in 6 overtimes on Thursday and then overtime again last night. 51-43 right now, and they're looking very tired. Fingers crossed for another miracle.
Posted by jm at 10:30 PM No comments: Links to this post

OMG, so glad that it's Friday. Work is crazy busy, and Zygote is not cooperating. I am up every few hours during the night, tossing and turning, and the iron deficiency is only making me even more tired. Every day, around 2 p.m., I feel like I am going to DIE. But now, it's Friday and I have a whole adult weekend ahead of me. YG is bringing the MG back to her mom's tomorrow morning, and then we're going to just hang out and get some errands done and go to the gym and SLEEP. And then on Sunday, we'll go to brunch and walk around and cook at home. It will be nice and slow and I need it.
Posted by jm at 8:53 PM No comments: Links to this post

Today: Music and The Fun Facebook Notes About It

Sadly, I did not run into Bono last night. But I did enjoy the people watching in the Square and having a delicious dinner of ice cream, followed by potato skins with drunk YG and his slightly-less-drunk friend. We milled around a bit and talked to some fun local folks, but no Bono. Did I mention that I love where I live? How cool is it that fucking U2(!!!!!) played two blocks from my house in perhaps the most uncomfortable venue I've ever seen a show in? Cool.

In other music themes, the new note passing through Facebook is 26 albums. NN sent it to me and I actually had fun with it, and was grateful for the break from work. Cut and pasted from over there.

Think of 26 albums that had such a profound effect on you they changed your life or the way you looked at it. They sucked you in and took you over for days, weeks, months, years. These are the albums that you can use to identify time, places, people, emotions. These are the albums that, no matter what they were thought of musically, shaped your world. When you finish, tag 26 others, including me. Make sure you copy and paste this part so they know the drill. Get the idea now? Good. Readers should feel free to guess (or ask) why particular albums are there.

The Early Years -- or mostly things my parents had in vinyl
1. Beatles -- 1967-1970(The Blue Album)
2. Beatles -- Sgt. Pepper's Lonely Hearts Club Band
3. Simon and Garfunkel -- Sounds of Silence
4. The Pointer Sisters -- Break Out. (We used to listen to this all.the.time. And dance. And then the record would jump and scratch. So cheesey.)
5. Diana Ross and The Supremes -- Merry Christmas (I love/d this album. It was my dad's. We listened to it every year, along with one that featured Perry Cuomo's head in a Christmas wreath.)
6. Madonna -- Like A Virgin. (I believe there is a videotape of me somewhere singing "Dress You Up" on our kitchen table.)
7. Bruce Springsteen -- Born in the USA. (First cassette tape I ever owned.)

College -- I'm not so sad, but I am so cool
15. Radiohead -- The Bends (psycho roommate on benders)
16. Radiohead -- OK Computer (painting 913)
17. Smashing Pumpkins -- Mellon Collie and The Infinite Sadness (Lawrinson)
18. Liz Phair -- Exile in Guyville
19. Pixies -- Bossanova
20. Afghan Whigs -- Black Love (back and forth to Chicago)
21. Ani DiFranco -- a tie between Little Plastic Castle and Not a Pretty Girl

Post-college -- I am totally devolving and the fact that I don't listen to the radio means that I think Belle and Sebastian is a "new" band
22. Magnetic Fields -- 69 Love Songs
23. Bob Dylan -- Blood on The Tracks
24. Bruce Springsteen -- The Wild, The Innocent, and The E Street Shuffle
25. Death Cab for Cutie -- We Have The Facts and We're Voting Yes (405)
26. Wilco -- Yankee Hotel Foxtrot

And there are so many more. I had a really hard time with this. Also, I desperately need some new recommendations.

Posted by jm at 9:03 PM No comments: Links to this post

Yesterday: When The Mainstream Media Gets It Right

Newsweek ran this story, Five Mistakes We Make When We Talk About Rihanna, yesterday. I don't know who Chris Brown is and I didn't know anything about Rihanna other than the umbrella song and her Cover Girl commercials, but I've been watching the coverage of their domestic dispute, horrified. I can't believe how many people are just blowing this off and saying that people should give the dude a break. This story puts it in perspective. Do NOT read the comments section if you want a break from douchebaggery.

Also, in other media news, my serious crush on our President has not abated. A White House Council on Women and Girls? Lurve.

Also, thankful for Feministing because I probably would not be following all these stories without them.
Posted by jm at 8:55 PM No comments: Links to this post

Grateful For: The Third Trimester

Well, I made it. I'm here at 28 weeks, officially in the third trimester. We're sitting on the couch, watching The Biggest Loser like we normally do on Tuesday nights, and Zygote is using my rib cage as some sort of percussion instrument. I can feel him or her almost every day now, and it's just freaky and weird and cool. According to the calendar over at AlphaMom, s/he is about 2.5 pounds. Now that I'm here, it's hard to remember all the anxiety and paranoia of the first trimester, but I was scared almost all of the time. And now I'm here. I just need to stay healthy for the next 12 weeks and then I get to meet this person.

That's rather gushy, but there you go.
Posted by jm at 9:35 PM No comments: Links to this post

Kate Harding has a great post over at Shapely Prose about International Women's Day. The whole piece is worth reading, along with the comments, but these two paragraphs specifically spoke to me:

"I started off with a whole lot of privilege that meant removing the “you must marry and reproduce young” obstacle actually had an enormous effect. That wouldn’t have been true if I hadn’t had the money to go to college; if I hadn’t had white skin and a WASPy name invisibly opening doors for me all along; if I hadn’t had parents who valued education and valued their girl children just as much as boys; if I’d grown up in a community where women still did start having children very young, or where there was no expectation that the average kid there would go on to higher education and a white collar job; if I’d been gay and the marriage/babies issue had been a lot more complicated than “I’m busy with other stuff.” My example here is a grade-A prime illustration of how feminism has centered and benefited white, middle-class, straight women, while leaving other women behind — and thus a prime illustration of how feminism needs to change, and how much fucking work is left to be done.

But if today is about celebrating the positives, it’s worth acknowledging that it’s also a prime illustration of how much cultural values can change in a single generation, and how much one strain of change can make a difference for some women. I grew up with a shitload more freedom and independence than my mom did. And that is indeed worth a cheer from me today, before it’s back to all the battles left to be fought. "

Today, I'm grateful that I grew up in a relatively feminist household, even if my parents would drop dead before calling it that. Reasons I feel this way:

* I always knew I was going to college. Both of my parents worked their asses off to get advanced degrees and started talking about college and career plans with us when we were very young. Education was a TOP priority.
* My siblings and I didn't have gender expectations put upon us, meaning that my parents had the same expectations of my sister and I then they had of my brother. We were all going to go to school, study hard and be successful. It didn't matter who was a boy or a girl.
* It was CRYSTAL CLEAR that marriage, babies and "settling down" came after you were established and had a life and career of your own.
* My mother was always the primary breadwinner, showing us that this could be done. As far as I know, she never felt bad about having a career. Having that model makes it infinitely easier to deal with putting Zygote in day care while I figure out my next move. Nobody in my family cares, and frankly, they wouldn't expect otherwise. That support seems critical right now.
* My parents pretty much shared chores. There was no second shift. Again, proof that it can be done.
* Nobody gave me shit when I decided to get divorced. Sure, they did their own thing with managing gossip, but nobody told me that getting divorced was wrong or that I was making a mistake or that I would always be thought of as flawed.

There are plenty of others, but those are the ones I can think of off the top of my head. Honestly, I don't normally think about them until I hear stories about people who have grown up differently or are still struggling with parental expectations that they will get married, breed, and what not. I suppose I am pretty lucky.
Posted by jm at 9:21 PM No comments: Links to this post

We had over a foot of snow just days ago, but it's all melted by now. Yesterday was about 70 degrees in New Jersey, and today the weather held up for the drive back and this afternoon. We drove along Memorial Drive and watched all the runners and bikers out on the path and some rowers on the Charles. When we got home, YG and MG played catch in the backyard, and I was able to get out for a walk. I walked through Davis Square where all the people were gathered around on the picnic benches. The first street musicians were out, and Diesel and Joshua Tree both had all their windows open. People, including myself, were in a good mood. Fingers crossed that this sticks.
Posted by jm at 6:18 PM No comments: Links to this post

I missed yesterday because we did another whirlwind day -- drove from here to Staten Island to New Jersey to bed and then back again. Yesterday (and today), I was thankful for family. We had a surprise 60th birthday party for my dad, and my nana, all my aunts, some cousins and family friends were all there. The food was excellent and we had a good time hanging out with all. I forget that not everybody has this. Some of my friends and even YG have aunts and uncles that they rarely see or have no relationship, and that's so strange to me. I like that there's ALWAYS lots of people around to talk to and to see. Yes, it's a pain in the ass, but blah, blah, it takes a village.
Posted by jm at 6:12 PM No comments: Links to this post