1. The Fairy Tale of Weight Loss -- I read these ladies' blogs. Very cool.

2. Are you listening to my friend Amy's podcast? You should be.

3. I took this workshop today. You know me. You know how I react to mandatory fun at work. I was approaching this and the upside down 'A' with the same enthusiasm as I might approach dental work or a trip to the ob/gyn. As usual, I am a dick. It was great and I did more writing exercises today at work than I have on my last two months of "writing" Fridays.

4. I am going to the Simmons Women's Leadership Conference tomorrow. I am not going to harass Tina Brown.

5. Immigration is a feminist issue. Much better articulated than my 'Fuck you, Arizona' sentiments.

6. Cape Wind Pros and Cons. The cons seem very much of the 'not in my backyard' variety. Very 'we, the rich white liberals of New England very much support green energy as long as you put the turbines someplace else, preferably where poor people live, because they don't have sailing or views of the ocean or anything visually pleasing like that.'

7. Big tits are inappropriate for television, but only if they are on fat chicks. There was a big brouhaha over the censoring of Lane Bryant's lingerie ads. Check it out yourself. Any difference between this and a Victoria's Secret ad? I don't get it. The model's reported measurements are 36-34-47 and a US Size 12. This is around my size, so I for one, am thrilled to see real jugs on a regular-sized person in an underwear ad that doesn't feature granny panties and lots of beige. BEWARE THE JUGS.

8. My brother likes today, Poem in Your Pocket Day. I pick
the Cambridge ladies who live in furnished souls by E.E. Cummings for my adopted town. Also, I Am Much Too Alone in This World, Yet Not Alone. Because a little Rilke never hurt anyone.
Posted by jm at 9:00 PM No comments: Links to this post 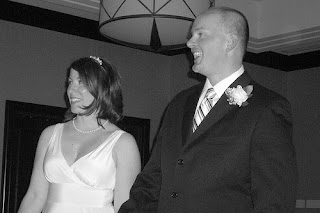 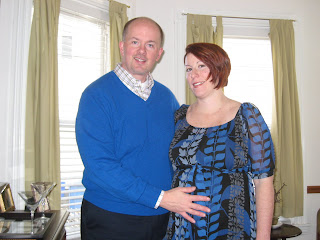 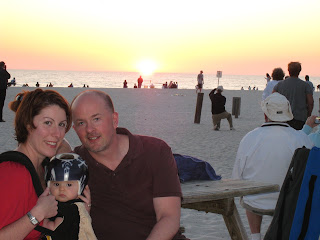 1. Waiter Rant -- I didn't really read this one. I listened to it in the car, and it lent itself well to that medium, meaning I probably would have been bored if I read the actual book. It starts off slow, but got better, and for a brief moment in time made me appreciate my boring office job. Sometimes I experience weird nostalgia for the crappy jobs I had in high school and college, because, hey, at least you could punch out at the end of the day. But then I remember the bag full of dicks you end up sucking in food service and get over it. I'm curious about this dude's blog now, as usual, about two years after it was cool to care.

2. No One Belongs Here More Than You: Stories by Miranda July -- I confess to wanting to read this book because of its shiny yellow cover. And I liked the weirdness that was Me and You and Everyone We Know. This was on the clearance rack at Borders so I picked it up to have something to read in the Pumping Room, other than Parents magazine from 3 years ago. Verdict is still out. It was fascinating, and I had some definite favorites, but I guess my sieve-like brain craves more linear stories right now. I'd like to have a drink or play Jenga with Miranda July. She's a fucked up little oddball.

3. The Shock Doctrine: The Rise of Disaster Capitalism -- Because we needed another reason to hate rich, whitey businessmen. It took me two months to read this, and I feel like I missed some of the stats because it was just so dense. The main premise is that politicians use the shock of natural and other disasters to push through unpopular economic policies while the general population is disoriented and reeling from the disaster's impact. It takes on post-Katrina New Orleans, post-911 USA, the collapse of the Soviet Union, among others, and talks about Milton Friedman's legacy of shit. You also get a whole host of new reasons to hate Dick Cheney and Donald Rumsfeld, if you needed that. What I liked is that Naomi Klein is a journalist, so this reads like a *really long* magazine article without the usual boring economic jargon. What I didn't like is that it's very biased, and I think there are probably examples of leftists participating in the same sort of shenanigans.

4. Away From Her -- I actually haven't finished watching this yet, because it's sort of hard to psyche yourself up for an Alzheimer's flick. Sort of like saying, "Hey guys, let's have a party -- I've got Schindler's List and Hotel Rwanda. Woot!" I've been watching it in dribs and drabs, and it's beautiful and honest and depressing as hell. And much realer than that shit in The Notebook. Sarah Polley of Go (one of my favorites) and The Sweet Hereafter (another not-for-a-party movie) and a bunch of other great movies directed it. My grandmother had Alzheimer's disease. It was horrible to watch, and the scenes in the nursing home (especially one where the character, Grant, says that his wife would never wear a sweater that "tacky") just chilled me. Brilliant acting, but don't watch it alone.

5. Party Down -- For when I'm not watching tearjerkers. I just discovered this, and my first thought was, "It's Louie! I wanna dip my balls in it."* And Stifler's Mom. And Karen. And that lady from Glee and all the other movies I like and that really bad commercial for frozen dinners with Julia Louis Dreyfus. Pretty hilarious shit. And again, semi grateful for my office job.

* For shits and giggles, you should Google "Dip my balls in it." People are fucked up.

6. I only have a few weeks left of training for the half. I'm sore, but starting to imagine actually finishing. YG has been telling me to think about what I want to do after, so I signed up for this to keep things moving. 7.5 miles seem really NICE right now.

7. Lost: The Final Season -- I think I am too dumb for this show. They kill me. Every week I think I am going to learn something new, but end up drooling in confusion. Then I read Diva for explanations. Only slightly related: Matthew Fox and his new haircut should call me sometime.

8. New project -- I saw a link to this project, A Compendium of Dresses, on Already Pretty, and spent a not-insignificant portion of this weekend drooling over this girl's fabulous dresses. I'm also in the middle of my annual closet swap/cleaning/whatever and am excited to wear some of my older clothes. I didn't get to wear dresses last summer because of the post-baby weight and nursing, so it's almost like having a new wardrobe. Of way too much stuff. In the spirit of keeping myself busy and not spending money on clothes that I don't need, I am bringing back Outfits I Have Enjoyed.* Thirty one days in May, and hopefully thirty one outfits I have enjoyed.

* In looking back at those photos, I probably should change the tense to "had." Wow, I was off on some of those.
Posted by jm at 8:31 PM No comments: Links to this post