My 2015 resolution is to put some fun back into functioning alcoholism.
Posted by jm at 12:22 PM No comments: Links to this post

Is that a new hoodie?
Posted by jm at 5:22 PM No comments: Links to this post

One sentence to rule them all!

All of my other daily writing practices have been epic fails, but how hard can it be to post one sentence each day?
Posted by jm at 10:28 AM No comments: Links to this post

Things I Have Learned From Navel Gazing for 365 Days

I jumped on the #365feministselfie bandwagon a few days late in 2014, but still managed to take a picture of myself nearly everyday. A list, in no order of importance, of value life lessons I have learned (read: shit I thought about more than once):

1. I am not a photographer, and I never will be. Some people embraced this project as a way to take excellent pictures. I did not. Doing anything every single day takes a lot of effort. Doing something and trying to make it look pretty or artistic or whatever things are supposed to look like without Instagram filters takes more effort than I can muster. There are a LOT of pictures of what I really look like in the fluorescent glow of my office and the harsh overhead lights in my kitchen with double chins and glasses glare and shine.

2. I'm okay with being narcissistic. Obvs.

3. I'm not okay with how picky and critical I am in my soon-to-be advanced age. I don't really remember what originally drew me to this project other than I liked the idea and other people I know were doing it, but I was hoping that it would give me some confidence in what I look like. That's been sort of a mixed bag. I have taken some pictures where I thought I looked nice (mostly with my kids) and some where I thought I looked badass (mostly sporting events), but I spent a lot of time picking at flaws that I never noticed before. My eyes are uneven, I have a double chin, I am always shiny, my hair is too gray and so on. They may or may not be real, and I'm sure the people that know I am not an asshole all the time probably don't care about my uneven eye and my unkept eyebrows.

4. Variation on the theme above. You spend so much time as a young(er) girl trying to be invisible, wishing to hide your boobs and your hips and everything spilling out everywhere, hoping nobody notices and gawks at you or harasses you. Then you move into hoping that somebody, anybody sees you as something other than the mom in sweatpants.

5. The pictures I loved the most are with Zygote and Z2 where their personalities come through. And the snuggling ones. All snuggles, all the time.

6. Ditto to the sporting ones. It was such a great year for feats of athletic greatness. The One Run for Boston, the Run to Remember, the Mass State Tri, the tri relay, the marathon, etc. I did all that shit THIS YEAR. Plus, all the training. God, I love running.

“People sometimes sneer at those who run every day, claiming they'll go to any length to live longer. But don't think that's the reason most people run. Most runners run not because they want to live longer, but because they want to live life to the fullest. If you're going to while away the years, it's far better to live them with clear goals and fully alive then in a fog, and I believe running helps you to do that. Exerting yourself to the fullest within your individual limits: that's the essence of running, and a metaphor for life—and for me, for writing as whole. I believe many runners would agree.” -- Haruki Murakami

7. Variation on the theme above. I am an athlete. I don't feel the need to jam an adjective (fat, mom, slow, etc) in front of that anymore.

9. I am always smelling a fart. A few years ago, my siblings and I printed out a picture from my mom's 60th birthday party and I said that my face looked like I smelled a fart in passing. Since then, I noticed that I make this expression in most pictures, usually when I'm trying to smile but not overwhelm everyone with lots of teeth. When I am not scowling, I smell phantom farts.

10. Having a daily practice was good for me. I could probably do yoga or write or do a gratitude list or some random act of kindness and maybe I will in 2015, but most of my 365 projects have tended to dissolve when they started feeling forced and not fun. This always felt manageable -- ridiculously self serving and navel gazing, but fun.

Posted by jm at 2:49 PM No comments: Links to this post 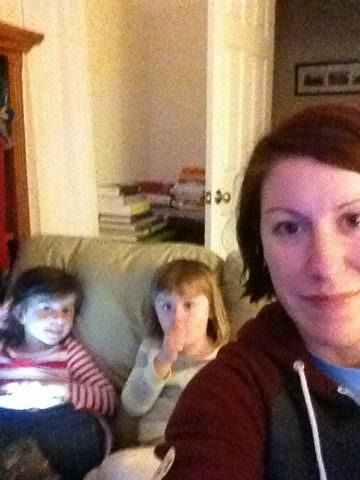 Posted by jm at 6:40 PM No comments: Links to this post 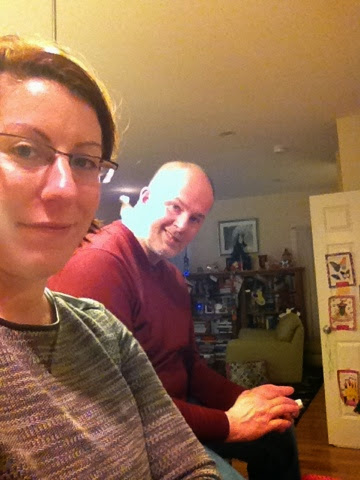 Posted by jm at 7:09 PM No comments: Links to this post