Things To Rethink Saying To Your Partner 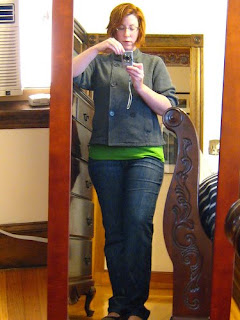 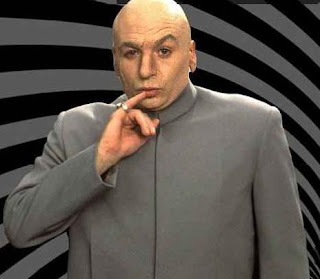 That's what I get for trying to wear something new and different for me. Reminiscent of the Fat Lard in An Ugly Shirt conversation of '07.
Posted by jm at 8:30 PM No comments: Links to this post

I've missed you, my love. But now you are back and you are taking names and kicking ass, and I love, love, love you. 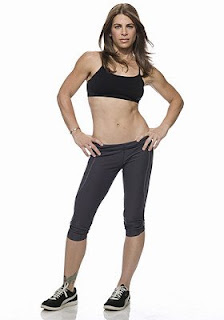 Posted by jm at 8:44 PM No comments: Links to this post

And here's how it went:

1. Woken up at 6 a.m. by the ECT in full-on hysteria mode shouting about how MG is sick. Given the time and the tone, one would assume that the child is covered in sores and coughing blood. No, she has a cold. But ECT has a class. ONE. YG and I have this crazy thing called work. Arrangements are made, and YG will have to pick the child up at ECT's mother's house, dodging flying monkeys and pitchforks.

2. On the walk to the gym, YG and I are BOTH stung by hornets, and it hurts. It still fucking hurts FOURTEEN HOURS LATER.

3. Fucking soccer mom in an Escalade blocks traffic on Rindge Ave. this morning, and we are both stuck behind her for too long. WHO DRIVES AN ESCALADE?

4. My shrink is 20 minutes late for our appointment. By this time, I am already well into the crazy and want to eat a fistful of Xanax.

5. In the parking lot at work, my heel gets caught in the space between the sidewalk and I fall skinning one knee and cutting up the one that is already injured. That's right -- ALREADY injured. After my awesome race last weekend, I went out for a run last Tuesday and couldn't finish due to throbbing pain in my left knee. I did a bunch of Googling and icing and chewing of the Advil and diagnosed it as "runners knee." I have been walking and lifting weights, but haven't been out running in a week.

Running is pretty much the one thing that keeps me sane about my body -- whenever I feel crazy about how it looks, I remember how awesome the things my body can do are, and come back from the edge. And now I can't do it. I did a 20 mile bike ride on Saturday and even that aggravated the knee. I've been keeping to my 10K training schedule fairly rigorously, and the race is a month away and now this. I haven't even processed how fucking pissed I am.

6. My work. I deliver no value to the world at large. Enough said.

7. So I want to write, but I'm totally blocked and struggling with this last assignment for class.

8. The state of the world. Lehman Brothers, Merill Lynch, AIG, and the idea that people are fucking stupid enough to want to vote for McCain/Palin make me want to crawl under the covers and die for a while.

9. Traffic on the way home. One hour door to door listening to "world is going to hell in a handbasket" stories on NPR.

10. DID I MENTION THAT I GOT STUNG BY A HORNET AND IT STILL FUCKING HURTS BECAUSE IT DOES?

But, I never can stick to a position, so things that did not suck today.

1. One of the bloggers I follow, Erin Shea, wrote this awesome post titled, "So Obama is gonna raise your taxes, is he?" Go check it out. Lots of neat links and commentary.

2. Les Misbarack. I'm sure if you're reading this blog, you know that I am not, by any stretch of the imagination, cool. I am embarassed to admit how gay I was for Les Miserables. I saw it three times, I loved Eponine, and oh good lord, I did interpretive dance to "I Dreamed A Dream" in marching band (this I can at least blame on the flag squad director). Such a dork. So imagine my ridiculous glee upon discovering Les Misbarack. LOVE!


* I am also, apparently, totally homophobic because that's like the 50th time in 2 days that I've used the phrase "so gay for." Awesome. Because I need more issues.
Posted by jm at 8:05 PM 2 comments: Links to this post

Dear Tina Fey: I Am Totally Gay For You

I have loved you longer than I care to admit. The old skits -- mom jeans, baby thongs, your weekend updates -- were brilliant. You were the cool, funny, yet smart sexy girl I wanted to be.

And then you do this:


And it makes me want to make sweet, sweet love to you.

And after that, I'm fucking Matt Damon.

Posted by jm at 6:26 PM No comments: Links to this post